Inspire the Next Generation 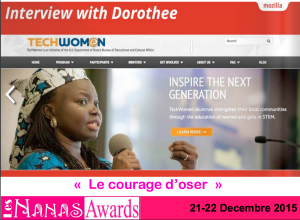 Within my holidays, I spent some favorite hours for empowering and supporting girls and women in STEM fields in Cameroon. I made time within December 2015 and January 2016 for youth and women. Hopefully, I experienced lot of support from local populations, community leaders, teachers and from such inspiring people around the country. Concretely, I made: 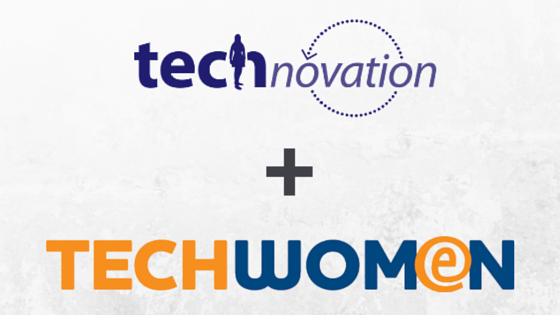 A Technovation huge field trip in 3 of 10 Regions of Cameroon from January 8th to January 19th: Far North, North and Adamawa. The northern Regions of Cameroon are the one which are facing realities of Boko Haram Attacks these last months and people experienced these manifestations of terrorism since 2015 there. But the interesting thing there is that in 2015 I registered with mentors and coaches from these regions 13 teams (65 girls) of the 23 counting for Cameroon Challenge there. They made amazing results there: 6 of them made it to the Technovation Regional Pitch in Cameroon, 5 in the Worlwide quater-final and 1 to the Worlwide Semi-final. Participants are all young girls from 10 to 18 years old who don’t know before the program how to code. Now they are literate in Apps coding and they are building mobile application for solving problem of their direct area of living. The field trip I made was to recognized efforts made by students, mentors and coaches in 2015 challenge, for sensitizing them and recruiting new competitors for Technovation 2016 challenge. Code Girl Movies were diffused on these occasion and skils for using Mit App Inventor and Technovation platforms also have been shared. I shared there with about 15 different secondary schools, with more than 1000 attendees in total. 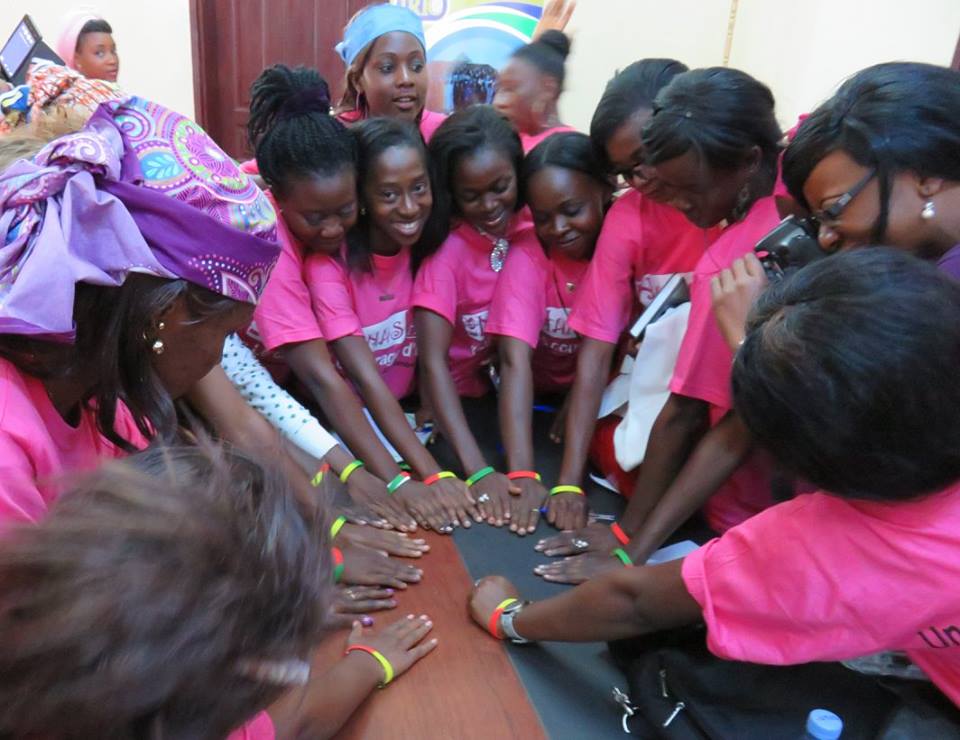 A big mentoring program for young girls in Cameroon named « Nanas Awards », an initiative of another US Exchange Alumnae from Cameroon, Fidele Djebba. Within the program of December 21st to 22nd, I had a special speaking time with 200 girls from 10 regions of Cameroon for sharing my story and experiences with them in Yaounde. The most interesting things was the sharing tips time for building a project and business plan. I faced there a big surprise there…having more than 200 people singing « Happy birthday to you » just for me and having gifts from kids. Now girls are building their project and we had know within social medias and email and interesting discussion about their special projects.

A great Mozilla Advocacy campaign in Cameroon for kids, youth and women for Northern Regions. With support of WoMoz Members, FSA, KidZilla and Teach the Web trainers from Northern Regions, we recruited lot of people for dedicated initiatives of Mozilla. We are now building a national strategic plan with others regions of Cameroon for growing our community and help contributors to be more active in worldwide activities. 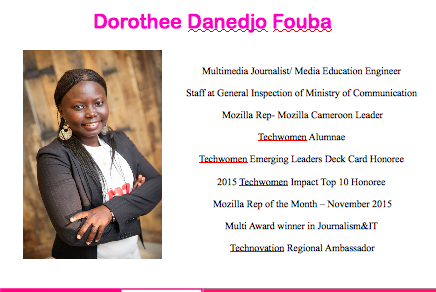 A special 2016 TechWomen Alumnae Coaching Session Call week for Women in Africa. As you know, 2016 Techwomen recruiting phase is in progress and for helping women to improve their application, I organized some One to One Video Call with 8 women in Tech, 6 from Cameroon, 1 from Middle-East countries, 1 from West-African Countries. The main objectives of that Calls was to share with them my own experience of Techwomen program, in which the program consists on, and to help them with tips to fill well their application’s form for the 2016 selection.

I am Grateful to God for this special time spent for impacting people around me. I am Thankful to wonderful Teachers & Administration staff of Secondary schools in Cameroon, Technovation Mentors and Coaches, Womoz, FSA and Mozilla Cameroon Cordinators in these differents regions, friends, family& colleagues for the unexpected and important support. A special thanks to TechWomen, Technovation Cameroon and Mozilla.