Data investigation: violence against gender in Cameroon and Brazil

Few days ago, the first edition of the monthly event called “Cafe-genre” was held at UN Women Cameroon. The topic of the debate: the issue of gender-based violences: case of Cameroon and Brazil. It appears that the two countries seem to be similar regards to this problem. 3 groups of violence based on gender are identified: physical, moral and economic. The most recurrent are on this document:

Overview of types of violence against gender from Dorothée Danedjo Fouba

Data collection on violence against women is presented by the picture below: 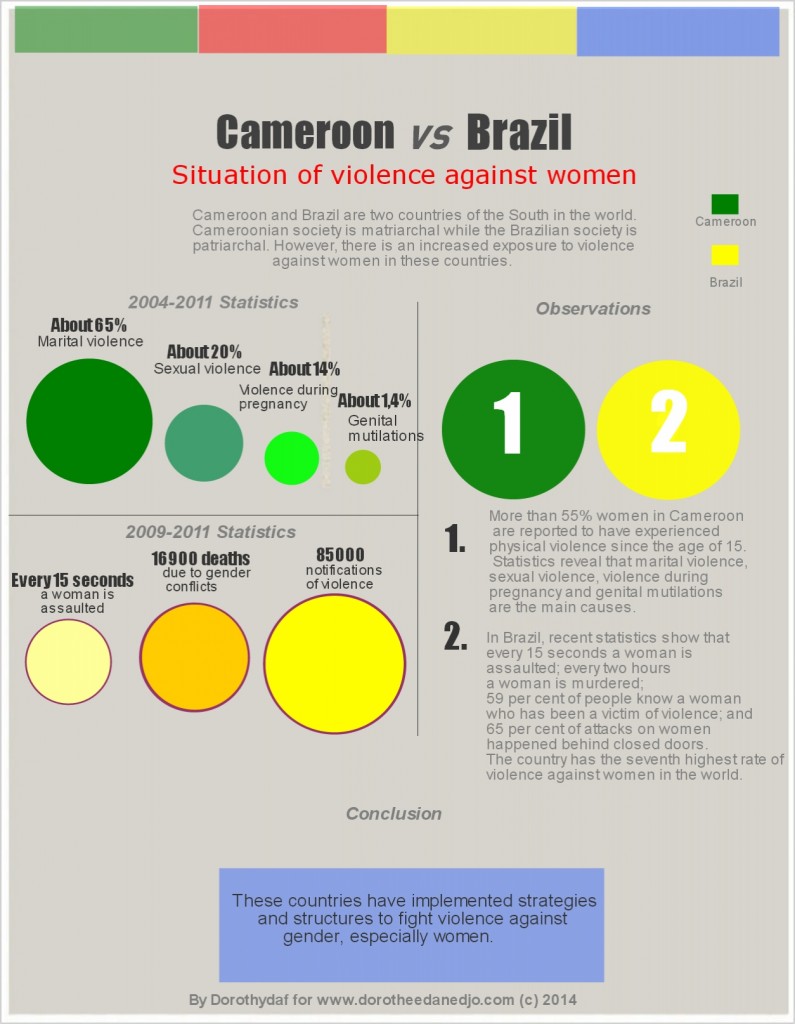 Sources: Statistics of 2004 and 2011 in Cameroon and Brazil Embassy in Cameroon.

To solve this social problem , the two countries have established appropriate ways out of crisis according to their context. In Cameroon, for example, the plan put in place to combat such violence against women is at the same time preventive, protective and repressive.

In Brazil, the strategies developed along the same lines as those implemented in Cameroon. However, we observe that experienced operations are more oriented towards the needs of victims: Police station for women, Credit line for women, economic programms for helping women in majority (Brasil sem miseria, Bolsa Familia), Professional Training programm for Women, Maria da Penha law for repression of violence against women…

It should be noted that during the development of diagnosis of the two countries in the field of gender violence, statistics and data on women are more accessible. Officials do not comment exactly the information about violence against men. However, they say that « there are many men who are victims of violence due to women » and that women « certainly suffer violence but they are also cause of this violence » especially in schools. By searching online data on violence against men, a study published in 2008 by the CRED (Centre for Research on the Rights and Duties of the Human Person), a Cameroonian NGO, found that men are also victims. . 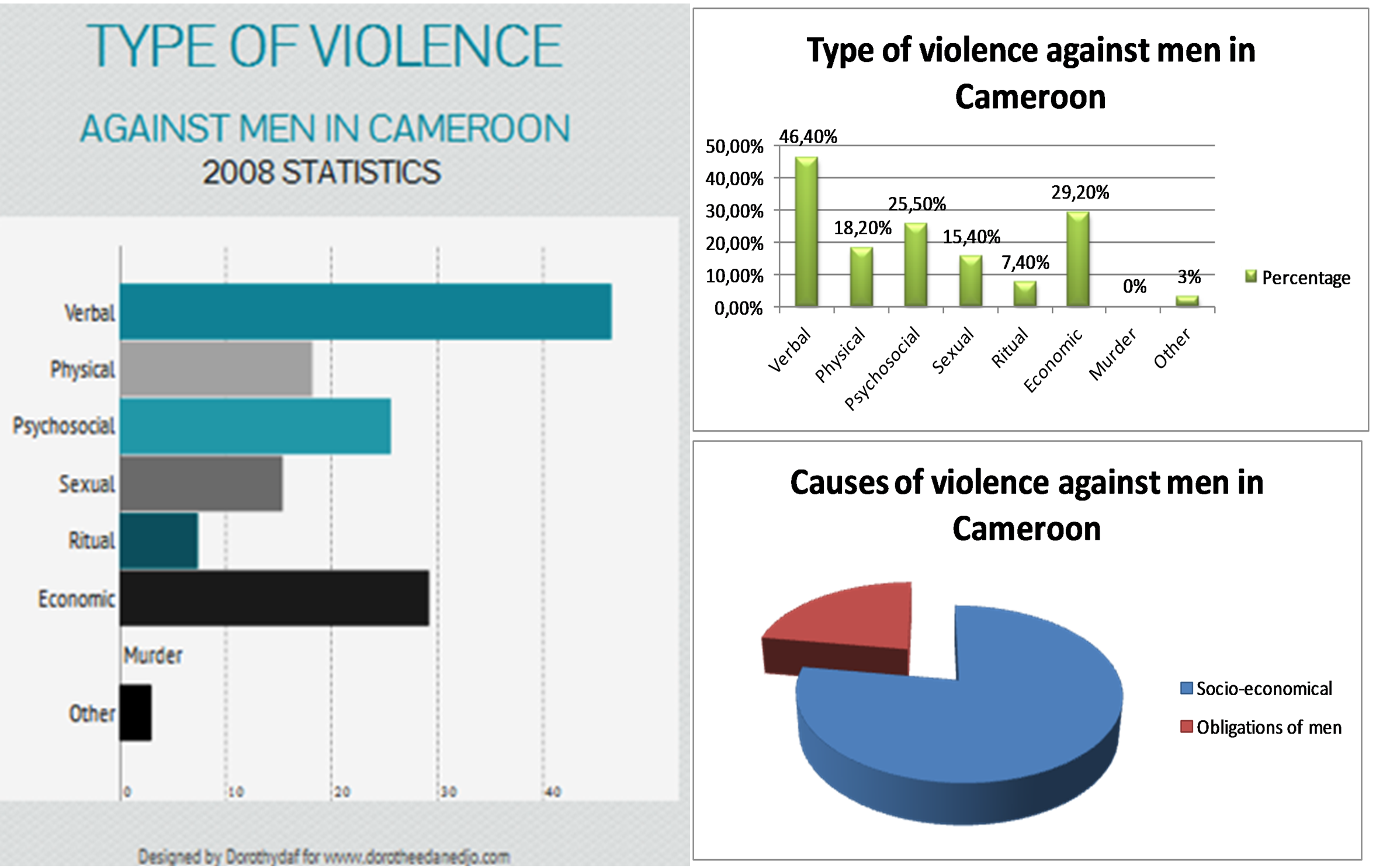 The gender-based violence is a real problem of society where male consideration should also be taken into account in policy decisions making.